Due to the current COVID19 situation this Army HIVE is closed but our staff continue to work from home and are available during office hours to answer your queries by email. Please do not try to phone us.

If you want to ensure that you receive the very latest information including official Army COVID19 advice and guidance to Serving Personnel and their Families, please sign up using the ‘Follow by Email’ link. We abide by the Data Protection Act and you can withdraw your permission to receive our emails at any time by using the unsubscribe link found at the bottom of every update email you receive.

Military Veterans To Be Guaranteed Interviews For Civil Service Jobs

Military veterans are to be guaranteed interviews for Civil Service jobs, the Government has announced.

The initiative, launched by the Office for Veterans' Affairs in the Cabinet Office, underlines this Government's deep commitment to Veterans and will boost the employment prospects of those who have served in the British Armed Forces. 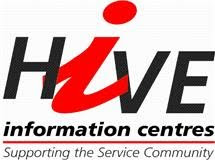 Welcome to our blog

This blog aims to provide national and local information of relevance to all Service personnel and their families, Reservists, MoD Civilians, Veterans and the wider military community. It is best viewed through a personal PC or mobile device because official work firewalls may prevent access to some links.

If you need information which is not contained in this blog, please send us a message and we'll get back to you as soon as possible.